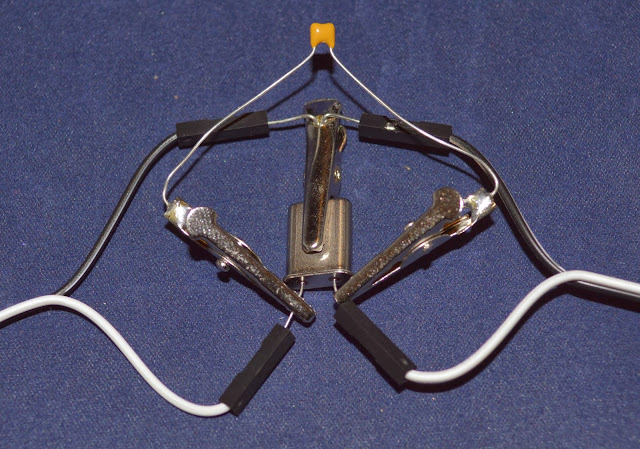 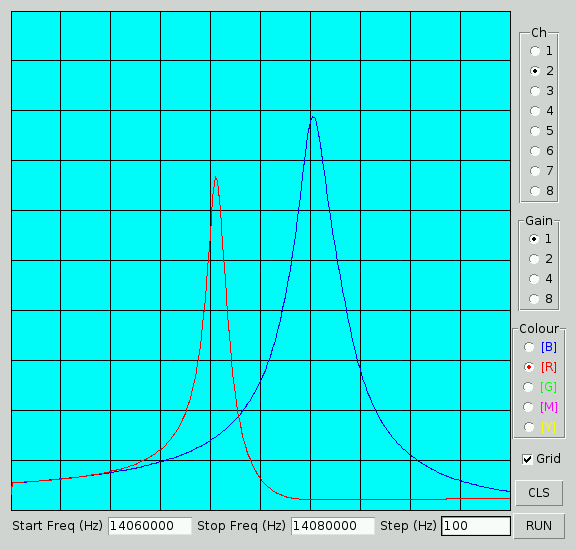 Then I decided to use the Raspberry Pi Wobbulator to test the frequency response characteristics of a small IF transformer coil (TOKO Part RMC15002A - see photo below). This is a 455 kHz RF transformer and is typical of those used in the IF stages of many HF receivers. Proper alignment of the IF stages of a Superhet receiver is critical for good performance and it was for this task that a "conventional" Wobbulator was typically used, so I considered this to be an important test for the Raspberry Pi Wobbulator. 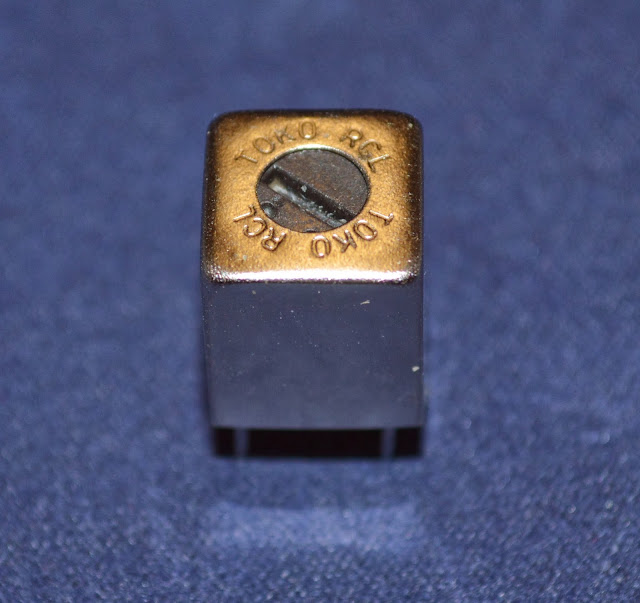 The frequency sweep was set to start at 200 KHz and finish at 700 KHz, with an increment of 1 KHz. Channel 2 was selected on the ADC Pi module and the PGA gain was set to 1x. The results are shown in the screenshot below. The results show the response to peak at just over 450 kHz as would be expected. The results from this test and from testing the RF Crystal both demonstrate the effectiveness of the Raspberry Pi Wobbulator for measuring the frequency response characteristics of a component.

In my next post I'll discuss how I used the Raspberry Pi Wobbulator to test a multiband bandpass filter.