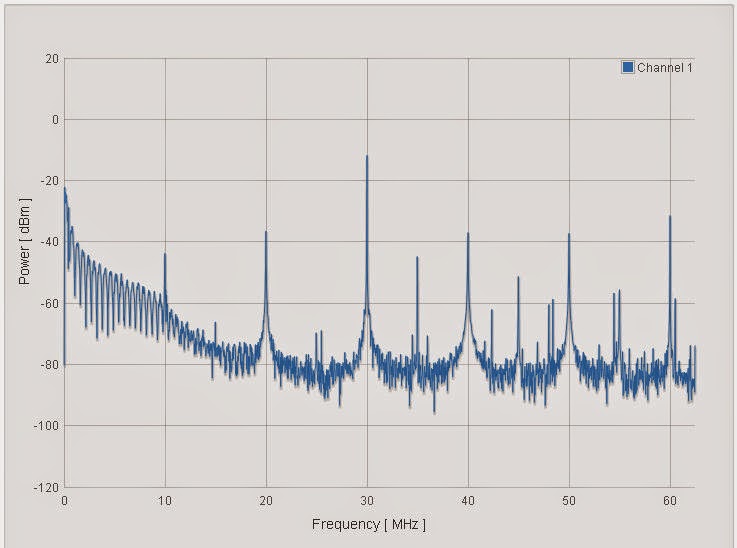 Whilst it is very easy to use the Raspberry Pi's clock pin (GPIO 4) to generate an RF signal, and even transmit audio, the usefulness of this hack is severely limited by the huge amount of harmonic and subharmonic distortion in the signal (because it is basically a square wave). I've read many articles which suggest the Raspberry Pi may be a used as a low power transmitter for the amateur radio bands simply by using a low pass filter on the output, but I'd say even this is insufficient (due to the subharmonic distortion in the generated signal). To make any practical use of any RF signal generated by the Raspberry Pi in this way would require very good band pass filtering.
Posted by Unknown at 18:53