I'll be using a SFR Stick (available from Ciseco) to provide the wireless link on the laptop: 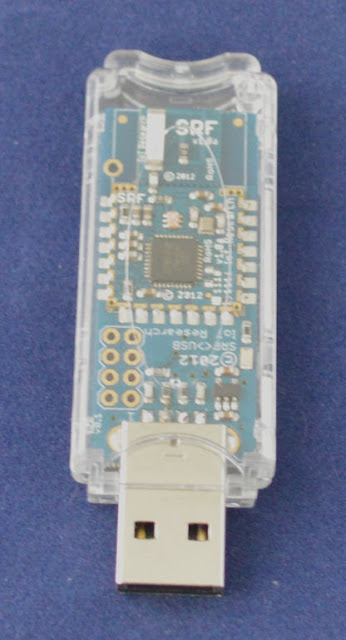 The SRF Stick is a small plug in USB module, similar in size to a USB flash drive. It can be fitted with a wire antenna to improve the range, but this means taking the case apart and drilling a hole for the wire to pass through.I decided to fit a quarter wavelength wire antenna, which in for 868 MHz is only 82mm long. This article provided guidance on fitting the antenna. 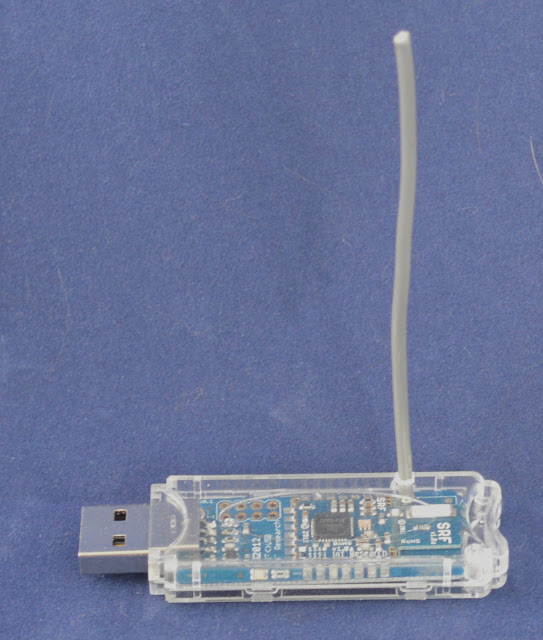 I'll start off by considering how to set the hardware up under Linux, because it is simpler than under Windows and no drivers are required.

Simply plug the SRF Stick into a spare USB port on your computer. You should see a flashing red LED. Now if you followed my blog post on how to connect to the Raspberry Pi remotely via a wired serial link then you should already have PuTTY installed and working - if not have a look at this blog post under the "For Linux users..." heading about two thirds of the way down.

Launch PuTTY (the application is called "PuTTY SSH Client"). Click on "Terminal" down the left hand side of the PuTTY Configuration window and select the "Implicit LF in every CR" option, and the "Local Echo: Force on" option (this should be very familiar to you because it's exactly what you did previously on the Raspberry Pi). Your configuration screen should look like this: 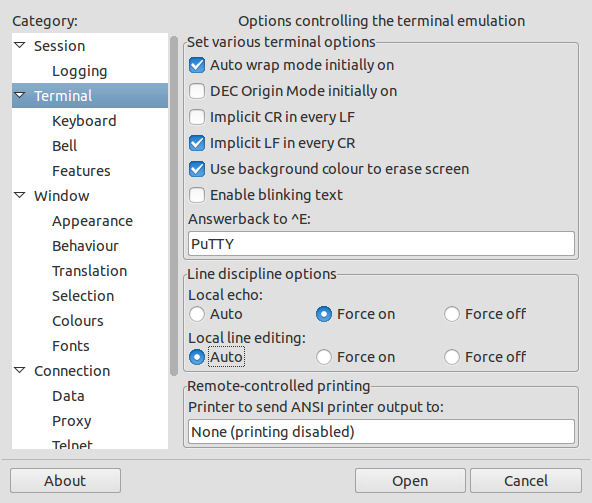 Then click on "Session"down the left hand side of the PuTTY Configuration window and select the "Serial" and specify the Serial line as "/dev/ttyACM0" and the speed as "115200". Then click on "Default Settings" and click on the "Save" button on the right. Your configuration screen should now look like this: 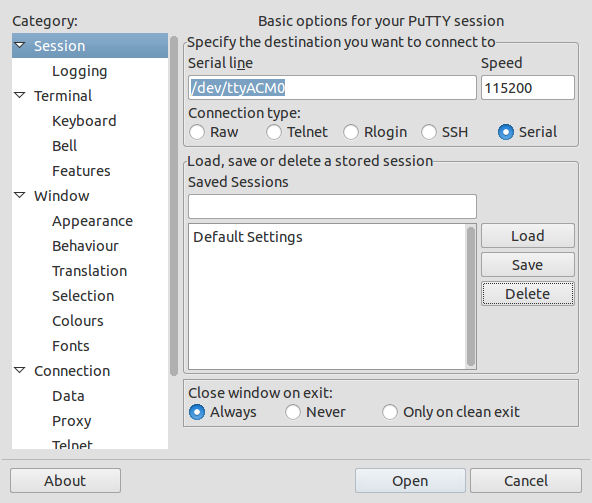 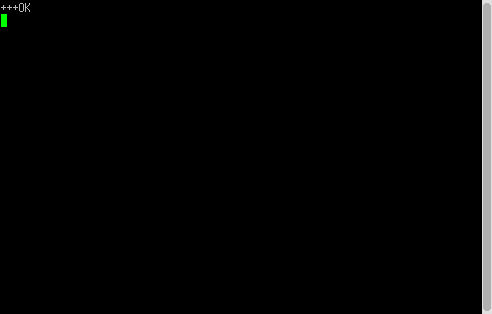 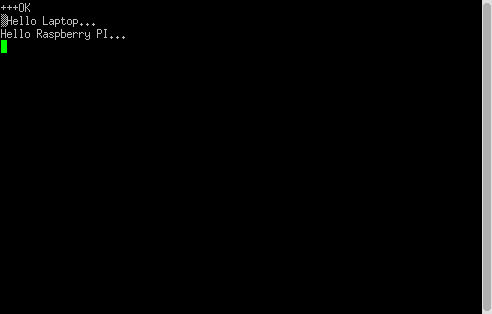 Congratulations, you've just created a very simple "instant messaging" system... Now close PuTTY on both the Raspberry Pi and the Linux system. Then relaunch PuTTY on the Linux system and change the Terminal settings so that the "Implicit LF in every CR" option is not selected, and set the "Local Echo" option to Auto. The PuTTY configuration screen on your Linux system should look like this: 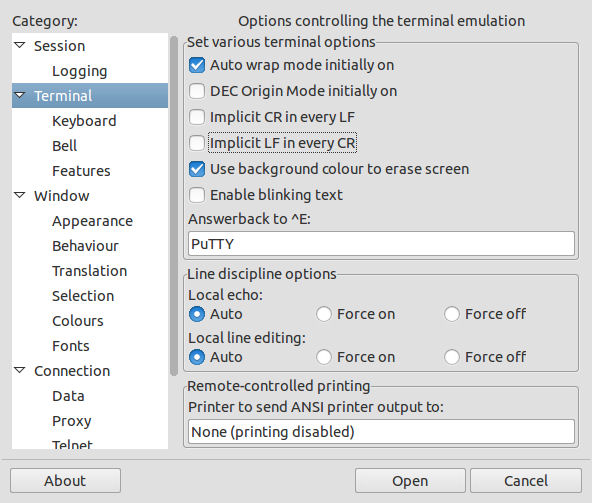 Save these settings by clicking on "Session", then "Default Settings" and finally "Save". Then click "Open" to start a new session on the Linux system. You should see a blank console window as before. 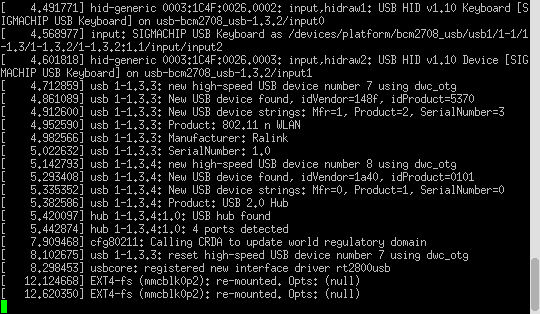 Leave the console window open on your Linux system, and log on to your Raspberry Pi. Go into the GUI and open an LXTerminal window. Type "sudo leafpad /etc/inittab" at the command line prompt and press Enter:

Scroll down to the end of the file and reinstate the very last line by deleting the "#" at the beginning of the line. Your file should now look like this: 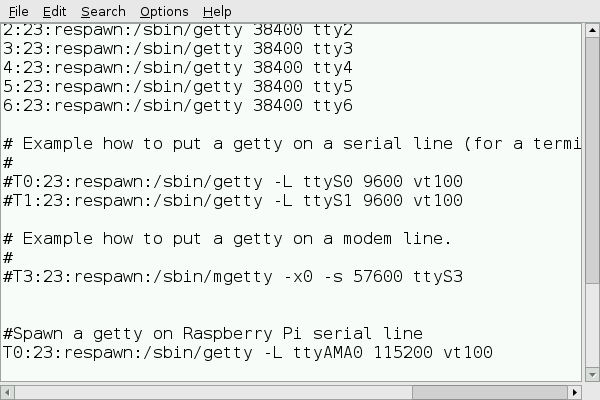 Save the file, quit Leafpad and reboot your Raspberry Pi. This time, the console window on your Linux system should present you with a login prompt: 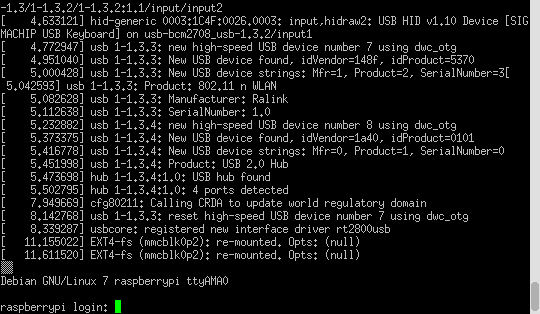 Go ahead and login!

You should now be able to access your Raspberry Pi remotely, and wirelessly. With this configuration, the only thing the Raspberry Pi needs to operate is a source of power, which opens up all sorts of possibilities for portable operation, and by using the Ciseco RF modules the range should be much greater than would be possible using WiFi or Bluetooth.
Posted by Unknown at 12:27